As Big Tech Grows in the Pandemic, Seattle Grows With It 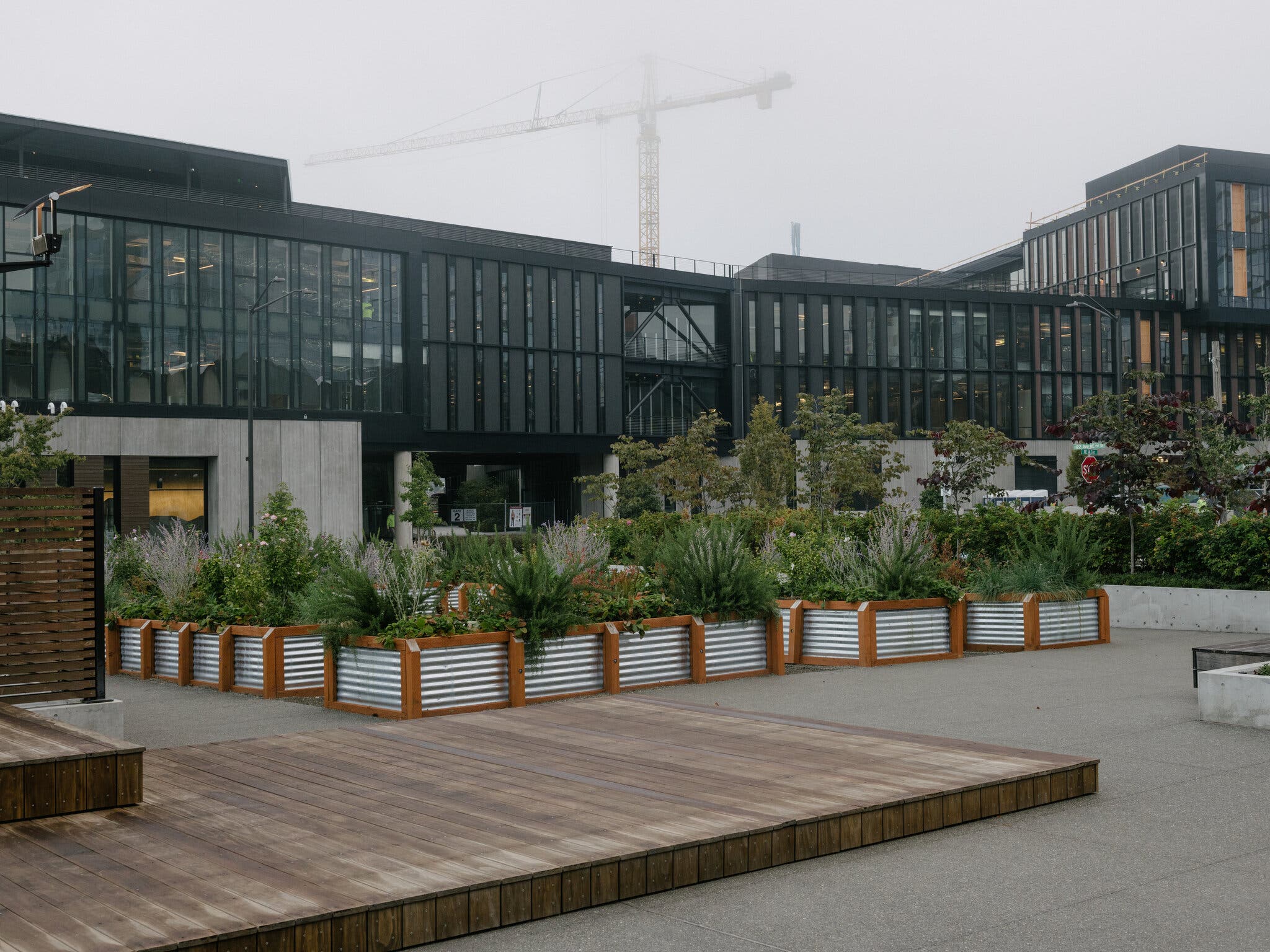 Despite an overall decline in office leasing in the United States, technology companies gobbled up more space in the Seattle area than they had the previous year.

In 2020, U.S. office leasing activity fell 36 percent from the year before, according to the industry research group CBRE, as offices closed and employees were sent home to work remotely.

But in the Seattle region, technology companies gobbled up more space than they had the previous year.

The Seattle region became the top market in the United States in 2020 for large office spaces leased by tech firms, according to CBRE, surpassing the San Francisco Bay Area for the first time since 2013, as well as tech hubs like Atlanta, New York, Washington and Austin, Texas. Among the 100 largest technology leases, 14 were in the Seattle area, totaling 3.4 million square feet, about 85 percent more space than in Manhattan, the No. 2 market on the list.

A confluence of factors spurred Seattle’s popularity. The technology sector grew during the pandemic as Americans worked, shopped and entertained themselves from home; tech companies expanded their footprint in Seattle, attracted by a deep talent pool and a stream of graduates from local colleges; and the area just beyond the city had plenty of undeveloped land.

The U.S. economy contracted 3.5 percent in 2020, according to the Commerce Department, but the technology industry soared on the surge in e-commerce, streaming content and virtual meetings. The biggest tech companies — Alphabet, Amazon, Apple, Facebook and Microsoft — thrived in 2020, earning in total about 25 percent more than they had the previous year, according to company reports.

That blockbuster growth spurred a need for office space despite the remote-work trend, said Anthony Paolone, co-head of U.S. real estate stock research at J.P. Morgan. “There is a net need for space,” he said.

There is also a “desire to improve diversity,” he said, by establishing a presence in cities, like Atlanta, Miami and Washington, that have large populations of Black and Hispanic people, who are underrepresented in technology. For example, Chicago had few tech jobs, and college students who wanted to work in the industry had to move to other cities after graduation, Mr. Yasukochi said. But that is changing; Google, Facebook and Amazon now have offices there.

Tech companies are going to where the talent is, rather than “making people move to a handful of cities,” said Dianne Crocker, the principal analyst of LightBox, which provides data and software for the real estate industry.

Still, the Seattle area, home to Amazon, Expedia, Microsoft and Zillow, has been the biggest beneficiary. Most of the area’s new leases are in the nearby cities of Redmond, Kirkland and Bellevue, just east of Seattle across Lake Washington.

Downtown Seattle is “closer to capacity build-out,” said Mr. Yasukochi, but the so-called Eastside has room for companies to expand. Some businesses are creating mini-campuses, and others are flocking to new developments like Bellevue’s Spring District.

Microsoft is adding 17 buildings and 8,000 employees to its headquarters in Redmond, about 15 miles northeast of Seattle. Amazon is planning to add 25,000 workers in Bellevue.

The growth also stems from emerging technology sectors like the commercial space industry, which has boomed thanks to an increase in the production and launch of satellites for communication and observation by companies like Elon Musk’s SpaceX and successful spaceflights by Jeff Bezos’ Blue Origin. About 40 space-related businesses such as satellite manufacturers employ more than 6,000 people in the Seattle area; in August, they listed more than 1,000 open jobs, said Stan Shull, managing director of Alliance Velocity, an aerospace advisory firm.

In the past few years, Seattle companies have been joined by their Silicon Valley counterparts. Facebook, which already employs 7,000 in the area, signed new leases this spring, including one for an 11-story building in Bellevue. Apple opened a pair of 12-story buildings in Seattle in April. Google has also expanded in the region through purchases and leases.

In some industries, the presence of a large company, like Boeing or Walmart, will attract partners and suppliers, Mr. Yasukochi said. But in tech, big companies draw both synergistic and competing businesses.

“It’s the talent pool that drives the real estate market,” Mr. Yasukochi said. It’s easier to hire specialists in cloud computing, machine learning or virtual reality when so many live in the area.

Large companies also attract start-ups. “If you want to be part of the tech industry, you’ll want to be where the action is,” Mr. Paolone said.

The University of Washington has multiple campuses in the region serving more than 60,000 students and supplying graduates to fill entry-level programming, research and data analytics jobs. Seattle University, Bellevue College, a network of community colleges and others add to the pipeline. Ada Developers Academy, a nonprofit organization, teams up with local technology companies to train women and nonbinary people from outside the industry to be software developers.

The pandemic set off a move to the suburbs for some workers, and companies are following. Suburban campuses would offer a shorter commute for tech workers who have left city neighborhoods, said Michael J. Raskin, president at MJR Development, which buys and leases commercial space in the Seattle area.

Google and Facebook occupy large spaces both in the city and closer to the suburbs. “It’s important to have a presence in both Seattle and the Eastside to meet employees and potential recruits where they already live while offering flexibility,” said Rajeev Rajan, head of Facebook for the Pacific Northwest.

The area offers other benefits. A light rail line is expanding, and new stops in Bellevue and Redmond will connect with stations in Seattle, the University of Washington and the Seattle-Tacoma International Airport.

And tax changes have shifted the cost of living in Washington State’s favor. The Trump administration eliminated the federal deduction for state tax, hitting residents in California, New York and elsewhere that have an income tax. Washington State, by comparison, has no such tax.

The Seattle region finds itself in a Goldilocks moment, with its momentum accelerated by the pandemic. “We have the key pillars of the ecosystem: the companies, the universities, the skilled work force and a compelling place to live,” Mr. Shull said. “The region is poised for even more growth.”

New York Times, Oct. 12, 2021
See article here
Related Articles
Buyers & Sellers 10 great real estate podcasts HGTV and other channels on television and YouTube offer plenty of content about buying, selling, improving or investing in real estate. The problem is, many of us lack the time to simply sit down and watch. If you’re one of those people, you’re in luck: There’s an ample supply of real estate podcasts out there […]
Real Estate Updates Q3 2022 Western Washington Real Estate Market Update The following analysis of select counties of the Western Washington real estate market is provided by Windermere Real Estate Chief Economist Matthew Gardner. We hope that this information may assist you with making better-informed real estate decisions. For further information about the housing market in your area, please don’t hesitate to contact your Teck Chu. […]
Real Estate Updates 2022 NOVEMBER EASTSIDE REAL ESTATE STATS