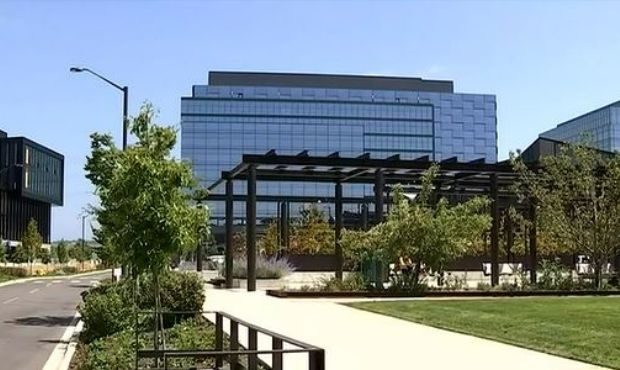 Even as they allow some employees to change how often they come into the office, tech companies are rapidly buying and leasing properties around the country.

TEMPE, Ariz. — Early in the pandemic, when shops along Mill Avenue in downtown Tempe closed their doors and students at nearby Arizona State University were asked to go home, the roar of construction continued to fill the air. Now, gleaming in the sunlight and stuffed with amenities, towering glass office buildings have sprouted up all over the Phoenix metropolitan area.

Arizonans are about to have new next-door neighbors. And they include some of the technology industry’s biggest names.

DoorDash, the food delivery company, moved into a new building on the edge of a Tempe reservoir in the summer of 2020. Robinhood, the financial trading platform, rented out a floor in an office nearby. On a February morning, construction workers were putting the finishing touches on a 17-story Tempe office building expected to add 550 Amazon workers to the 5,000 already in the area.

The frenetic activity in the Phoenix suburbs is one of the most visible signs of a nationwide recovery in commercial office real estate fueled by the tech industry, which has enjoyed unchecked growth and soaring profits as the pandemic has forced more people to shop, work and socialize online.

Big tech companies like Meta and Google were among the first to allow some employees to work from home permanently, but they have simultaneously been spending billions of dollars expanding their office spaces. Doubling down on offices may seem counterintuitive to the many tech workers who continue to work remotely. In January, 48 percent of people in computer and math fields and 35 percent of those in architecture or engineering said they had worked from home at some point because of the pandemic, according to the Bureau of Labor Statistics.

But companies, real estate analysts and workplace experts said several factors were propelling the trend, including a hiring boom, a race to attract and retain top talent and a sense that offices will play a key role in the future of work. In the last three quarters of 2021, the tech industry leased 76 percent more office space than it did a year earlier, according to the real estate company CBRE. 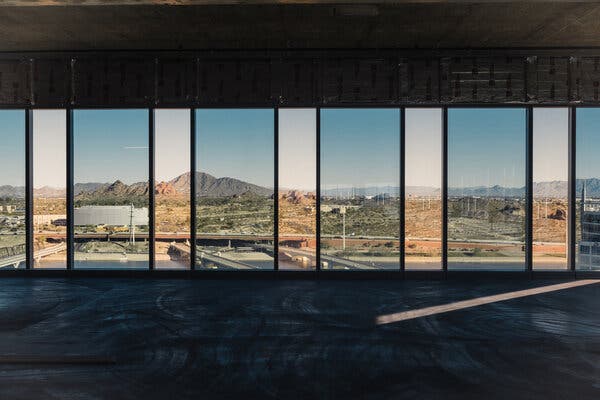 “I think there are a lot more companies that are saying, ‘You’re coming back to work’ — it’s not ‘if,’ it’s ‘when,’” said Victor Coleman, the chief executive of Hudson Pacific Properties, a real estate investment group. “The reality is that most companies are currently working from home but are wanting and planning to come back to the office.”

Debates over whether workers should be required to return to the office can be thorny because some employees say they have been happier and more productive at home. One way companies are trying to lure them back is by splurging on prime office space with great amenities.

“I think there are a lot more companies that are saying, ‘You’re coming back to work’ — it’s not ‘if,’ it’s ‘when,’” said Victor Coleman, the chief executive of Hudson Pacific Properties, a real estate investment group. “The reality is that most companies are currently working from home but are wanting and planning to come back to the office.”

Debates over whether workers should be required to return to the office can be thorny because some employees say they have been happier and more productive at home. One way companies are trying to lure them back is by splurging on prime office space with great amenities.

Big Tech executives say that office expansions are to be expected and that modernized buildings will probably be spaces for people to collaborate rather than stare at screens. Meta, the parent company of Facebook, leased 730,000 square feet in Midtown Manhattan in August 2020, and has added space in Silicon Valley as well as in Austin, Texas; Boston; Chicago; and Bellevue, Wash.

“We will continue to grow and expect many people to return to our offices around the world once it’s safe,” said Tracy Clayton, a Meta spokesman.

Big Tech executives anticipate more office expansions, another sign that companies are shifting their expectations for employees.Credit…Adam Riding for The New York Times

Google said early last year that it would spend $7 billion on new and expanded offices and data centers around the country in 2021, including $2.1 billion to buy a Manhattan office building by the Hudson River, and growth in Atlanta; Silicon Valley; Boulder, Colo.; Durham, N.C.; and Pittsburgh. Google also said in January that it would spend $1 billion on a London office building.

Offices “remain an important part of supporting our hybrid approach to work in the future,” Google said in a statement.

During the pandemic, Microsoft has expanded in Houston; Miami; Atlanta; New York; Arlington, Va.; and Hillsboro, Ore. The company was growing to accommodate the many new employees it has hired over the last two years, said Jared Spataro, the vice president of modern work for Microsoft.

“The pandemic, I think, has just changed people’s perception of what’s possible in terms of geographic distribution,” Mr. Spataro said.

In April, Apple said it would build a campus near Raleigh, N.C., and has added space in San Diego and Silicon Valley. The company, which has battled with its employees over its plan for a majority of workers to return to offices most days each week, referred to its April news release about expansion but declined to comment further.

Salesforce, whose signature tower looms over the San Francisco skyline, is moving forward with four new office towers planned before the pandemic, in Tokyo, Dublin, Chicago and Sydney, Australia. The company said last February that many employees could be fully remote, but shifted its messaging months later, saying that “something is missing” without office life and urging workers to come back in.

Salesforce’s thinking about the office has evolved, said Steve Brashear, the company’s senior vice president in charge of real estate. At the start of the pandemic, the feeling was that “being remote sounds so great and so safe,” Mr. Brashear said. Now, “the idea of being isolated as a remote worker has its drawbacks.”

The rooftop deck at Grand 2, where DoorDash employees work. Tech companies have tried to coax their workers back to the office by offering amenities.Credit…Adam Riding for The New York Times

The industry’s search for land has been so extensive that it has surged through longtime tech hubs like Silicon Valley and into areas not traditionally known for their tech scenes.

In Phoenix, for instance, tech leasing activity grew more than 300 percent from mid-2020 to mid-2021. New leases, subleases and renewals in the area totaled more than one million square feet from April through September last year, up from about 260,000 square feet a year earlier, according to CBRE.

Amazon has been one of the most prolific in expansion, announcing in 2020 that it would increase its white-collar work force in half a dozen cities. In Phoenix, its logo is ubiquitous, and it will occupy five floors in the new Tempe office building expected to be finished this year.

For developers, the focus on offices is good for business, and some interpret the growth as an indictment of the fully remote model.

The thinking on remote work is “like a pendulum — it swung a little bit too far, and now it’s come back a little bit,” said George Forristall, the Phoenix real estate director at Mortenson Development.

The Watermark office building at the edge of Tempe Town Lake, home to WeWork, Robinhood and some Amazon employees.Credit…Adam Riding for The New York Times

The flurry of expansions also highlights how much better tech has fared than other industries during the pandemic. In some cities, remote work and high vacancy rates continue to hurt restaurants and retailers.

Office vacancy rates in San Francisco climbed to 22.4 percent at the end of 2021 from 21.5 percent in the third quarter of the year, according to Jones Lang LaSalle, a real estate firm. The city’s economists called tourism and office vacancies “special areas of concern in the city’s economic outlook.” In New York, office vacancy rates declined to 14.6 percent, according to JLL, but areas dependent on office workers to power local businesses, like Midtown Manhattan, are recovering more slowly.

Smaller tech companies, given their financial constraints, might have to choose whether to invest in physical spaces or embrace a more flexible strategy. Twitter has continued to add offices in Silicon Valley, and video game developers like Electronic Arts and Epic Games have expanded in places like Canada and North Carolina. But others have cut back.

Zynga, a gaming company, offered up its 185,000-square-foot San Francisco headquarters for sublease last summer because it decided that shrinking its physical office and moving would make life easier for employees, said Ken Stuart, vice president of real estate at Zynga. Its new building in San Mateo, Calif., will be less than half the size.

“The reality is that people are frustrated by the commute and getting into the city, and also people feel like they can do better work by being hybrid,” Mr. Stuart said.

By contrast, the largest tech giants “have so much money that it doesn’t matter,” said Anne Helen Petersen, a co-author of “Out of Office,” a recent book about the remote-work era. Because of their huge budgets, Ms. Petersen suggested, such companies can continue constructing offices without worrying about how much money they stand to lose if the buildings become obsolete.

In Tempe, the two-floor WeWork co-working space at the Watermark, one of the premier office spaces, was buzzing with activity on a recent afternoon. Upstairs, Amazon has rented an entire floor.

Sam Jones, a co-founder of a nonfungible token start-up, Honey Haus, said his company had been renting a four-person space within WeWork for $1,850 a month since October.

“I am just way less productive at home,” Mr. Jones said. “People are definitely, I think, realizing that physical space just has something special to it.”