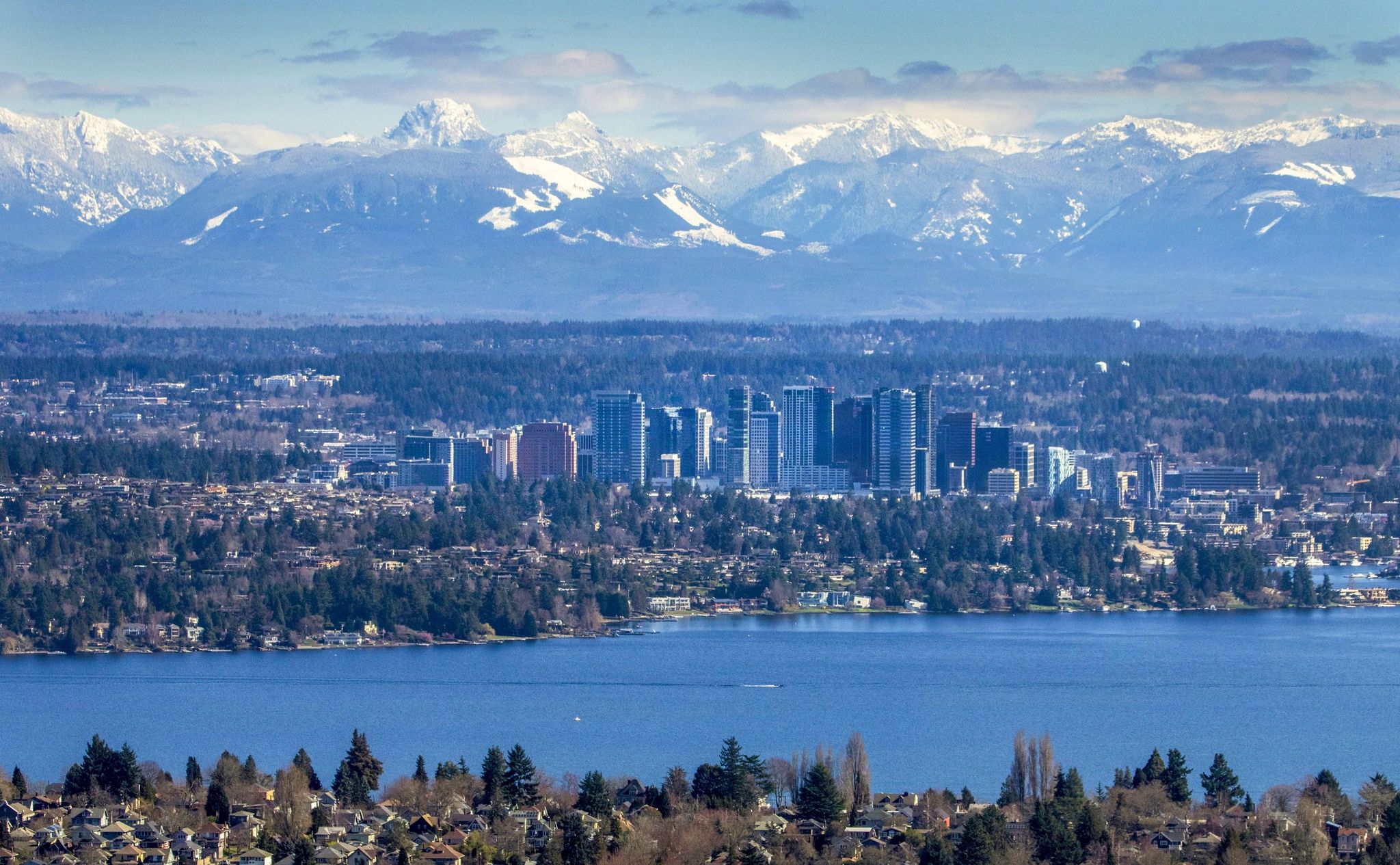 For years Seattle has been in a high state of angst, or yearning in some cases, about the prospect that our fishing village was morphing into the new Manhattan.

We had it all wrong. It turns out once-sleepy Bellevue was sprinting there first.

You’ve probably been rubbernecking, as I have, at these insane stories about bidding wars for Eastside real estate. This week a Seattle Times colleague noted one house in Bellevue got 14 bids and sold for $1 million more than the asking price.

Local agent Matt Miner relayed that last year he lost out on a $900,000 house in Bellevue because there were 56 other offers. He expects that dizzying pace to slow later this year — but Bellevue now has its own definition of slow.

Bellevue prices shot up a ridiculous 28% year-over-year, reaching a median price of $1.37 million for all sales of homes and condos in December, according to real estate tracker Redfin. That’s nearly double that of Seattle.

All this frothiness has led to a watershed moment: Tech-fueled Bellevue has now passed the borough of Manhattan in housing prices. Redfin reports that Manhattan’s median price is depressed a bit from its pre-pandemic highs, and is now $100,000 less than Bellevue’s at $1.25 million.

It’s incredible — especially if you’re old enough to remember, as I am, the days when Bellevue’s largest employer was a mall.

It wouldn’t be shocking if Bellevue passes San Francisco this spring, as prices down there have been floating around $1.5 million for a few years.

Buying in Bellevue definitely gets you more square footage for the buck than in Manhattan. The mix is tilted far more heavily to single-family homes. But some of what’s going on across Lake Washington right now sounds more like Park Avenue than Old Bellevue.

For example, a one-bedroom condo of just 850 square feet sold there last week for $1.35 million.

Right now, there’s an apartment for rent in Bellevue for $20,625 per month. That’s nearly $700 a night (it’s a downtown penthouse, but still — you could just bunk permanently at the Four Seasons hotel for about that price).

Recently a classic Old Bellevue home — a 1957 “fixer opportunity” in the Somerset neighborhood, dated and with a carport — went on the market for $1.5 million. It sold for $2.4 million, 60% over the asking price.

It’s not just purchase prices soaring — Bellevue’s average rent is more than $2,500 for a one bedroom, according to rent tracker Apartment List. That’s still less than both Manhattan and San Francisco but about $200 a month pricier than Seattle.

Local agents suggest it’s the early tremors of “Prosperity Bomb 2.0” — my words not theirs — due to the pending arrival of a certain tech goliath.

“The plans to add 25,000+ Amazon employees in Bellevue over the coming few years has already exerted an impact on the local real estate market,” writes Jason Foss, a downtown Bellevue-based agent. “Whether it’s investors looking to capitalize on that future growth, or just regular folks trying to buy now in fear of being priced out in the future, people are currently making buying decisions because of what Amazon is planning.”

A few years back I made up the self-contradictory term “prosperity bomb” to try to describe the disparate impacts of tech wealth descending on a town.

The first part, the prosperity, is amazing for a city. The jobs are plentiful and lucrative; the restaurants fantastic; the spillover into arts giving and philanthropy alluring. If you are fortunate enough to already own a home, the wealth blast makes you rich (asset rich, anyway).

But if you are younger or just moved here, say, or a new teacher or on a fixed income, you are at risk of being financially blown right out of town.

“Given that only about 350 condos sell every year in downtown Bellevue, only a very small fraction of the 25,000 new Amazon office workers would need to purchase a condo in order to have a substantial effect on that market,” Foss said.